WHAT IS ANTERIOR CERVICAL DISCECTOMY AND FUSION (ACDF)?

ACDF – Anterior cervical discectomy and fusion is a surgical procedure performed through the front of the neck (anterior) to remove one or more degenerative or herniated disc in the cervical (neck) spine. Removing the disc alleviates the pressure caused by the bulging disc on the surrounding nerve roots and spinal cord. Usually a discectomy is combined with a fusion of the two vertebrae that are separated by the disc.

A surgeon will get a diagnostic test done to confirm the herniated disc (MRI, CT, myelogram). ACDF is generally recommended after other non-surgical treatments have failed to alleviate symptoms. 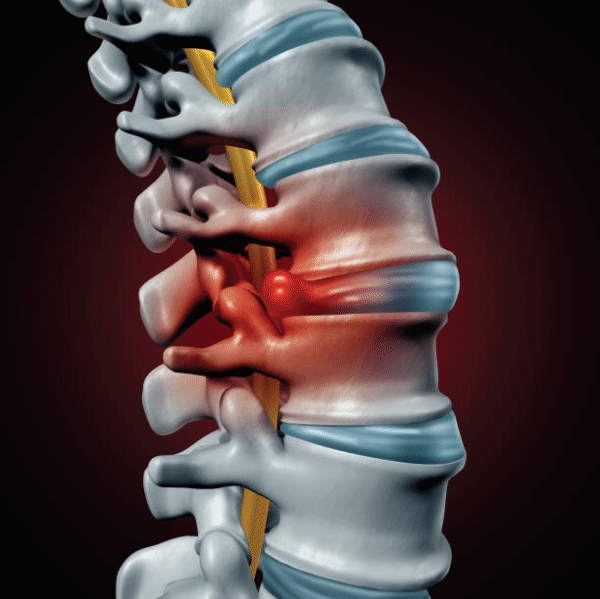 WHAT IS A HERNIATED DISC?

Discectomy is used to alleviate symptoms of a herniated disc. A disc herniation happens when the nucleus inside the center of the disc pushes through the annulus, the ligaments surrounding the nucleus. The herniated disc material may push outward, causing pain.

Numbness or weakness in the arm occurs when the nucleus pushes on the spinal nerve root. Of greater concern is a condition in which the nucleus herniates straight backward into the spinal cord, called a central herniation.

Discectomy relieves pressure on the ligaments, nerves, or spinal cord.

HOW DOES ACDF WORK?

A cervical disc herniation can be removed through an anterior approach (through the front of the neck). The disc material pressing on the spinal nerve or spinal cord is completely removed. The bone channel through which the spinal nerve runs is then enlarged giving the nerve more room to exit the spinal canal.

Dr. Morgan, When I first met you, I knew I could
trust you & what you say.

My first surgery was pain free. My second surgery was pain free & corrected the pinched nerves.
Everything you told me was true. Your knowledge of medicine & your truthfulness is so refreshing. You
really care about your patients. You answered all of my questions with straight talk.
I wish I could reward you in some way.

God Bless you and your family. — John M.