A speedy recovery for racecar champ Ken Kurtz made spinal surgery
feel like a pit stop.

Ken Kurtz feels the need for speed. A computer engineer, racecar driver and four-time winner of the United States Touring Car Championship (USTC), Ken is not one to sit still – even when he sustained a severe neck injury while moving computer equipment.

In April 2013, Kurtz was lifting a heavy computer above his head when it slipped from his grasp. He extended his right arm and grabbed the 140-pound machine before it crashed – literally – but not before it struck his shoulder. “I felt an intense, white-hot pain in my neck,” he recalls. “For weeks, I was unable turn my head without pain and had numbness in both arms.” 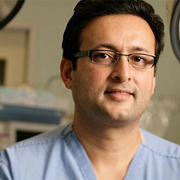 He met with Deven Khosla, MD, FAANS, a neurosurgeon with expertise in the use of minimally invasive techniques to ease spinal pain and repair abnormalities. “A cervical disc at the base of Ken’s neck had been severely compromised by the impact,” says Dr. Khosla.

Ken tried physical therapy and steroid injections to ease the constant pain, but four weeks later, he was unable to sleep and “my arms felt like pins and needles,” he says. At this point, Dr. Khosla told Kurtz he needed to have surgery. “I explained to Ken that he had two choices,” he says. 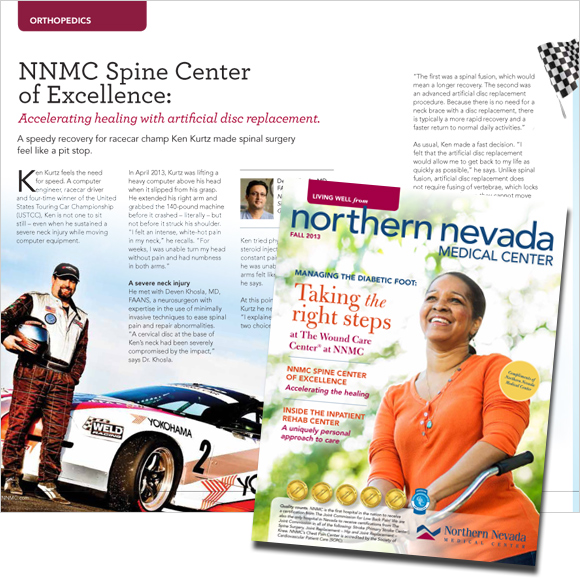