Lateral lumbar interbody fusion provides an alternate technique for surgeons to obtain interbody lumbar fusion and address varying degrees of foraminal stenosis. The technique is gaining more popularity and as that popularity rises the indications, results and shortcomings are being more clearly defined. Recently, Nemani et al published on a large series of patients who underwent standalone lateral lumbar interbody fusion for stenosis. A thoughtful critique is provided below. 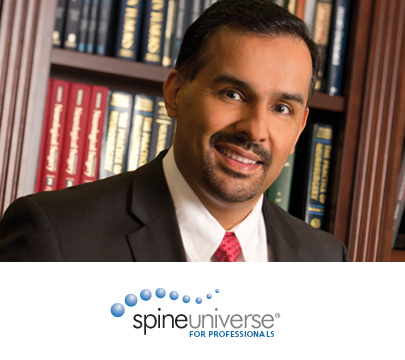 Research Review
The rate of revision surgery following standalone lateral lumbar interbody fusion (LLIF) was 10.3% in a recent retrospective case series published in the March issue of Spine. Given this low rate of revision surgery, the authors believe that standalone LLIF is a minimally invasive alternative to traditional anterior or posterior approaches in carefully selected patients.

“Standalone lateral lumbar interbody fusion provides a minimally-invasive decompression and fusion solution to patients with spinal stenosis with concurrent instability or deformity that usually would require a large posterior and/or anterior approach,” said Venu M. Nemani, MD, PhD, Resident, Orthopaedic Surgery, Hospital for Special Surgery in New York City. “In the properly selected patient, especially those who may not tolerate a larger procedure for medical reasons, this is a safe and efficacious procedure,” Dr. Nemani said.

‘There are several studies that have reported on efficacy of using stand along LLIF,” commented Charles A. Reitman, MD, ‎Evidence Compilations and Analysis Chair of the North American Spine Society Board of Directors. “This is the first study to systematically look at revision rates, and therefore, is a contribution,” said Dr. Reitman, who is also a Professor of Orthopedic Surgery at Baylor College of Medicine, Houston, Texas. He added that a comparative study assessing outcomes of LLIF to an anterior and posterior procedure is needed to determine whether a 10% revision rate is acceptable.

The study involved 117 patients who underwent stand-alone LLIF for spinal stenosis with instability. None of these patients had previously undergone surgery at the affected levels. The patients were followed for 16 months postoperatively.

Worse Pain and Weakness Reported in Patients Needing Revision Surgery
Patients who required revision surgery had significantly worse leg pain, back pain, and leg weakness postoperatively compared with patients who did not require surgery, despite similar baseline demographics and similar correction of disc space height and neuroforaminal area as shown on radiographic evaluation. It is unclear what caused this worse pain and weakness in patients who required surgery.

“Standalone LLIF should only be done in very carefully selected patients,” Dr. Nemani said. “The ideal patients are those with foraminal stenosis rather than lateral recess or central stenosis, which is unlikely to be helped by the indirect decompression of LLIF. Patients also should have an indication for fusion such as instability or deformity at the motion segment. A frequent reason for reoperation was implant subsidence, so patients with poor bone quality should probably have augmented fixation with pedicle screws from either an open or percutaneous approach posteriorly.

The Implications of Proper Patient Selection
“As with any procedure for the spine, proper patient selection is paramount,” Dr. Nemani emphasized.

“This is a retrospective case series providing level 4 evidence, and conclusions should be interpreted with caution,” Dr. Reitman commented. Strengths of the study include a fairly large sample size (117 patients), and an average followup of 16 months, he said.

“Weaknesses include the study design of a non-comparative retrospective study design,” Dr. Reitman said. “Inclusion criteria include scoliosis greater than 10 degrees, which is fairly permissive, mechanical back pain, which is nebulous, and dynamic degenerative spondylolisthesis, which is reasonable,” he noted. However, the number of patients and respective outcomes with the various diagnoses is not clear, making the findings difficult to apply in practice, Dr. Reitman said.

He added that the original sample of LLIF patients was 451, but only 117 patients received stand alone surgery. Patients were excluded if they had prior surgery affecting this level, but it is unclear if these were the only criteria reducing this group of 451 to 117. Other variables like severity of deformity or stenosis were not addressed. “Patient selection would have a big impact on the practical application of the conclusions, so this needs to be well defined” Dr. Reitman said.

“Radiographic stenosis was either foraminal or lateral recess. The authors suggested that stand alone was better for foraminal stenosis than lateral recess, which makes intuitive sense, but it is unclear from the study how many patients had each condition or both and their respective outcomes, Dr. Reitman said.

Other limitations include a lack of validated functional outcomes (only pain scores), lack of report on what types of bone grafts were used in the study and whether the type altered the outcome, and follow-up ranged from 1 month to 53 months with no breakdown of how many patients had short follow-up times, Dr. Reitman said.

“They found significant improvement in radiographic parameters, but this is a very soft finding as they were measuring this with x-ray, which is highly inaccurate for measuring foraminal area in particular. To their credit, the authors do mention this as a limitation,” Dr. Reitman said.

“Lastly the final outcome of the revision group does not appear to be as good as in the group that did not require revision. In addition, the decision to revise the patient was not standardized and essentially up to the surgeon. Since different surgeons may have different thresholds, without specific criteria, we do not know how this revision rate would apply to other practices,” Dr. Reitman added.

“While this study is helpful in that it further defines proper patient selection criteria, there is still work to be done to specifically identify appropriate indications,” Dr. Reitman said.