Vicodin (hydrocodone/Tylenol) was the most prescribed medication in the United States from 2006-2011. Despite an enormous focus on the clinical use of opioid analgesics (pain medicines such as Vicodin) the topic is still quite controversial. As with any debate, there are two sides to the story. There are those within the medical community who would argue that given the rapid escalation in opioid overdoses over the last 10 years we should stop prescribing opioids altogether in chronic pain patients. The other side seeks to preserve the right of patients in chronic pain to live with less suffering.

In order to understand how we got where we are today, we must understand some of the history behind the use of opioids. Opioids have been used for thousands of years to control pain and other ailments. Throughout history, there has been a pendulum of controversy that swings to the extremes. Originally, it was delivered in the form of opium, until 1803 when morphine was developed. When the hypodermic needle was invented, morphine became widely used to treat soldiers with painful traumatic injuries.

In the 1890’s, Heroin was developed by Bayer (yes Bayer) and briefly promoted as a “less addictive” pain pill until found to be highly addictive and made illegal. 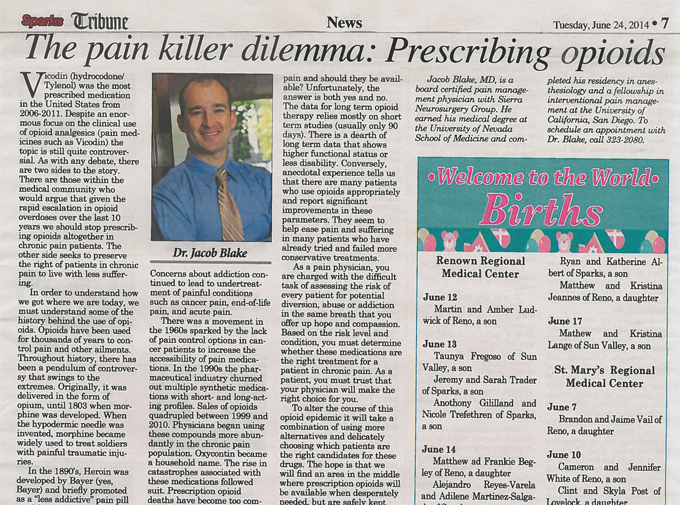