Charcot Joint in a Paraplegic

Charcot Joint in a Paraplegic

This 48-year-old man has been a complete T10 paraplegic, wheelchair bound since age 22. At the initial time of injury he had no surgery. Ten years prior to presentation in our clinic, the patient had undergone an L4-L5 and L5-S1 PLIF elsewhere, apparently for low back pain (LBP). One of the cages migrated and the patient underwent revision surgery 2 years later elsewhere. He presented now with increasing poorly localized LBP and episodes of profuse sweating and back spasms when he flexed. There was also a clicking sound and sensation with movement in his back. There were no leg pain or leg symptoms.

On examination, he had a T10 sensory level and no lower extremity movements. There was no palpable lumbar deformity. He was wheelchair bound.

At time of presentation, the patient had not undergone further treatment, either operative or non-operative since the previously mentioned revision surgery two years earlier. 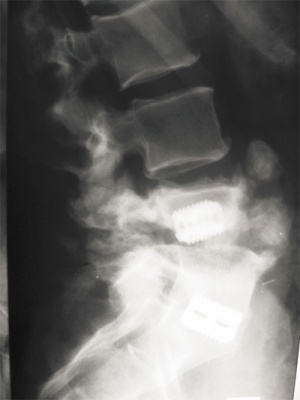 Figure 1: Lateral spine x-ray showing gross disruption at the L4-L5 level. No instrumentation other than the remaining cages is present. 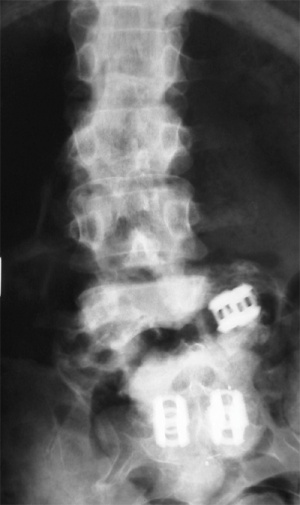 Figure 2: Pre-operative AP lumbar spine x-ray showing the pseudoarthrotic cleft across the L4-L5 level with the migrated left L4-L5 cage and coronal translation at this level. 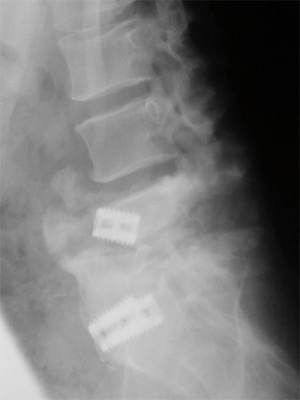 Figure 3: Pre-operative flexion x-ray demonstrating the marked instability at the L4-L5 level with likely complete obliteration of the spinal canal at L4-L5. 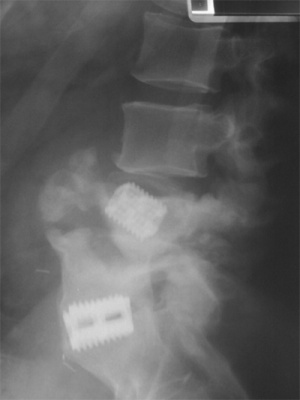 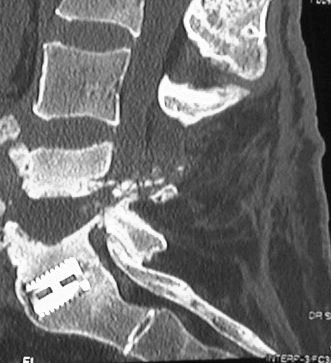 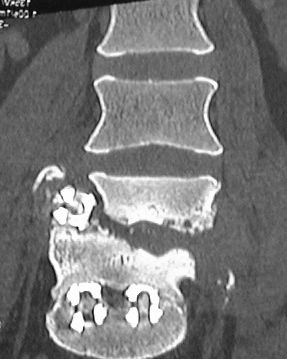 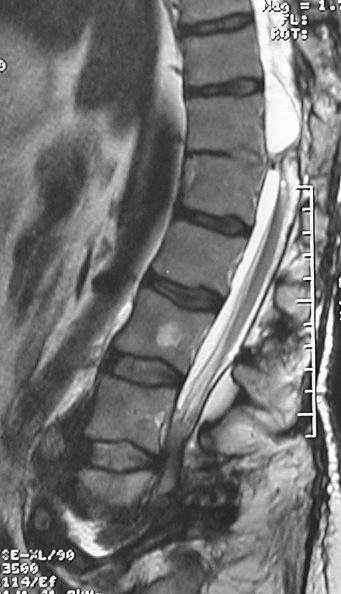 Figure 7: Pre-operative MRI showing the old thoracic injury with complete obliteration of the cauda equina at the L4-L5 level.

The patient underwent a re-exploration posteriorly with decompression and interbody fusion at L3-L4 and L4-L5. Modified pedicle subtraction osteotomies were affected. Because of the destruction of the L4 vertebra, a large amount of vertebral body resection was not required. There was good restoration of sagittal and coronal balance. The floating cage was removed. Because of his long-standing paralysis, aggressive mobilization of the cauda equina allowed access to the L4-L5 interspace and body. 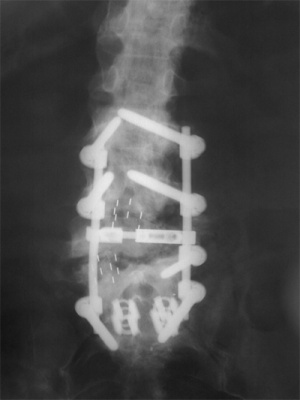 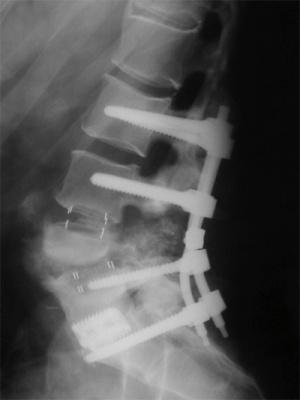 The patient did well. He was discharged to rehabilitation 3 days post-operatively. He was immobilized in a TLSO for 3 months. His pre-operative clicking, back spasms, and episodes of sweating stopped.

At clinical review 6 months post-operatively, he was back to his baseline status with no low back pain and no neurological changes otherwise.