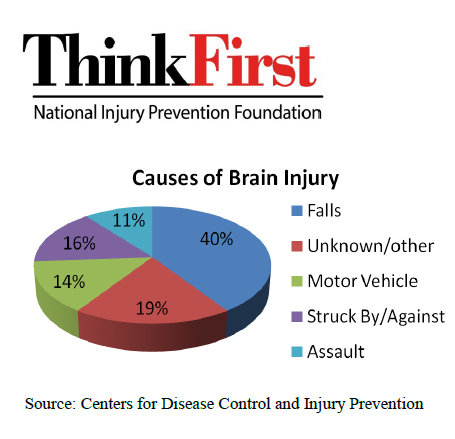 A traumatic brain injury, or TBI, is defined as an alteration in brain function, or other evidence of brain pathology, caused by an external force.1 An injury to the brain can be mild or severe, and can lead to life-long effects in cognition (thinking) and body functions, such as movement. Developing safe practices for driving, avoiding violence, protecting from falls and playing sports can help reduce the risk for brain injury.

HOW ARE TEENS AFFECTED?

WHO ARE MOST LIKELY TO INCUR A TBI?